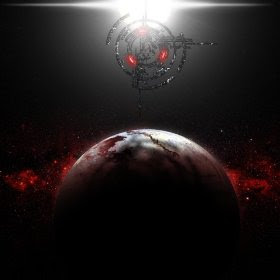 I had January 1, 2013 circled on my proverbial calender for the last four months of 2012.  Something significant was happening that day.  What was it?  The release of Mechina's new album "Empyrean", of course!

Now that I have finally had a chance to listen to and digest the album, I can offer my thoughts on it.  Thought #1: Holy moly!  Thought #2: Wow.  Thought #3: This is a great album.  All kidding aside, "Empyrean" is everything it has been hyped up to be and more.  Mechina is a criminally underrated band that doesn't get nearly the kind of publicity they deserve.  So I am here doing my part to get the word out about this fantastic album.

Mechina is a symphonic industrial metal band from Illinois.  By blending full orchestral music with loud industrial metal, they have created a unique sound.  The lead singer for Mechina has a strong melodic singing voice, but deep screams that are just as good.  The clean vocals sound a lot like Burton C. Bell of Fear Factory.  The band blends these two vocal styles just right on this album, which leads to an even fuller, more 'epic' listen.

This band is easily more refined than Fear Factory through the use of keyboards and orchestras.  Instead of sounding mechanical or even institutional, they sound both genuine and spaced-out.  Every track on this disc leads into the next perfectly leading to no jarring surprises, though the soulful female vocals in the final track were a wonderful addition.

If you are a fan of Fear Factory, give this album a listen.  You will like it.  Sorry this review has been so brief, but when I find an album this great, I find that mere words do not give the album the justice it deserves.  This album should be an early contender for the top 13 albums of 2013.

I have found only one track to share with you, unfortunately.  Below is the title track from "Empyrean".  They did release an orchestral version of this track, which we mentioned a few months ago, but that track did not appear on the album.  Perhaps soon there will be a deluxe pack or a b-side release that features that amazing adaptation.  Thanks for reading and enjoy!
Posted by Unknown at 4:56 PM No comments: 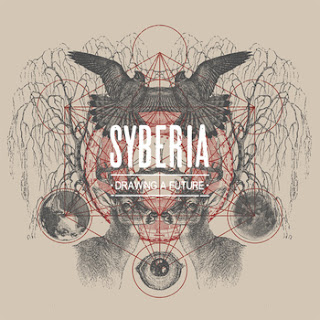 Russia is a big country, the largest in the world in fact, in terms of land area.  There is a region called Siberia, also known as the tundra, where the landscape is barren and frozen most of the year.  This could be fitting since January of 2013 so far is shaping up to be one of the coldest ever in Boise, Idaho.

I have recently discovered a band called Syberia.  This band is from Barcelona, Spain.  They play an interesting style of music that little resembles stereotypical Spanish music.  The sound they employ is a monstrous instrumental rock which uses various time signatures with metallic riffing and huge post-rock styled guitar leads that swoop and swirl to create a massive aura of atmosphere.

"Drawing a Future" is their latest effort, released in 2012.  This album is just the right length for an entirely instrumental piece, never overstaying its welcome or repeating aspects of the style too often.  Contrary to the band's name, the musical style is warm hard rock instrumentation with atypical drum patterns, juxtaposed with chilly screeches of guitar-led atmosphere that carries the album.

For a new and little-known artist, the production quality is spectacular and helps to maintain the grandeur of the music as a whole.  Fans of a variety of musical genres can find something good to listen to in this music.  If you like post rock, this album delivers.  If you like instrumental or experimental rock, chances are you will dig this.  If you are a metalhead, you'll find plenty of head-bangable moments littered throughout this album.

This review has been brief, but sometimes the music just has to speak for itself, because in the end, no amount of raving on my part will come close to providing the enjoyment of listening pleasure that Syberia brings.  This is a diverse and explosive listen and one that demands attention.

"Drawing a Future" is available through bandcamp as a name-your-price download, so you can't go wrong in getting this.  Syberia's bandcamp page provides us with the full stream of the album.  Check it out below.  As always, thanks for reading and enjoy!
Posted by Unknown at 5:36 PM No comments: 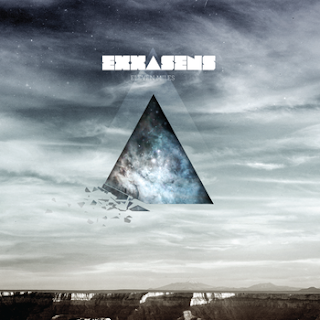 This post sort of fits into our occasional randomness bits, where we like to explore new music by tagging a certain band we have been following.  This has evolved into a fun little series as well.  Where this post differs is that I will be offering a full album review of the new release I have discovered.

Exxasens has an interesting band name.  I am often not a fan of gibberish band names, but for some reason the letter 'x' says hard core.  If then, your band name includes back-to-back 'x's, it screams 'fear me' from the top of some place very high.  I actually kind of dig that.  That said, this band's name is probably not complete gibberish and has a very real, easily definable origin.  Though I'm not hept to such an origin, I stand by my comment that I kind of like this band's name.

This band brings a certain sound quality that is similar in some respects to If These Trees Could Talk, but instead of wallowing in screeching guitar leads bent on scrambling the brain of the average listener, Exxasens add a certain flair of mainstream hard rock and even some metal riffing from time to time.  This makes for a very diverse listener that had me wondering a time or two if my iTunes player had suddenly switched to playing Pelican.  Don't get me wrong--indeed Exxasens doesn't sound much like Pelican at all, except for the some proggy moments scattered throughout the album.

One of the latter tracks even introduces a sludgy, repeating riff and rhythm without so much as hinting at doom.  I'm not much into sludge metal, but I found myself enjoying that track just as much as all the others.

As with most post-rock albums, there are no vocals to speak of, unless you count the understated, barely audible spoken word segment on the final track of this album.  In retrospect, the beginning of the last track seems to qualify as filler material, but the band makes up for it by concluding with a cascading crescendo that is both uplifting and crushing.

I downloaded this release after listening to half of the first song, because I knew I had found something I would enjoy.  In my mind, this is right up there with the wonderful If These Trees Could Talk album, but also showcases something more, something few post-rock bands dare to touch on.  Below is the full album stream, courtesy of the Exxasens bandcamp page.  Thanks for reading and enjoy!
Posted by Unknown at 5:34 PM No comments:

Email ThisBlogThis!Share to TwitterShare to FacebookShare to Pinterest
Labels: Exxasens, If These Trees Could Talk, Pelican, post-metal, post-rock, rock 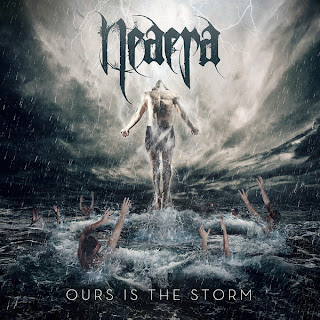 Today brings us news of yet another anticipated metal album release in early 2013.  This news makes me happy because I have been a fan of this German band since their 2008 release, "Omnicide-Creation Unleashed."  The new disc, scheduled for North American release on March 5, is entitled "Ours is the Storm".  Today they have unveiled the title track of the new disc, and as expected, it rips.

With galloping melodeath riffs over a bleak ream of guitar-based atmospheric wandering, the new track is everything Neaera fans have come to expect.  Vocals switch back and forth between skin-tearing howls and blistering grunts as the somber guitar leads drown listeners in an inescapable torrent of fury.  From what this track shows, the band's sound will change little with the release of this album, with minor adjustments in the how palbable the bleakness is.  This music is for fans of melodeath, reminding of some Dark Tranquillity and Omnium Gatherum tunes.

So far, I'm liking what I'm hearing.  Check out the new track below.


Also to be filed under the 'new' folder, is an unexpected gem I found over at No Clean Singing.  The band is from Washington and is called Mourning Wolf.  As is often the case with new music I encounter, I found the cover art to draw me in.

As far as style goes, Mourning Wolf melds metalcore riffing with blackened atmospheric moments similar to, but not as grand as Alcest.  I'm not a huge fan of metalcore or black metal, but I decided to listen anyway.  The relief in this release is that the music includes no vocals at all.  I'm a fan of bands that tend to blur the lines between genres, and Mourning Wolf pull it off well.  Their new EP is available as a name-your-price download from their bandcamp page, which also provides us with the full stream of the EP.  This release contains only two tracks, but they average better than 8:30 in length.  Check out this new EP.  You will not be disappointed.

We will return to some less hard-core stuff tomorrow.  Until then, thanks for listening and enjoy!
Posted by Unknown at 5:01 PM No comments: