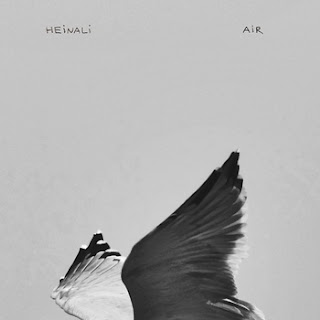 Having listened to "Air" in its entirety, I can't help but be impressed.  Heinali offers up the same gloomy piano work, but backs it up with beautiful string sections and flourishes of harmonic ambiance.  The production on this album is impeccable.

Though this album includes only six tracks, it is remarkable.  Minimalist neoclassical composition teams up with downtrodden ambient moods seamlessly in this music.  One of the things that impresses me so much is that the ambiance in this disc is not overstated or saturating, nor is it so abstract that it is difficult to enjoy.  It isn't overtly distorted.  Also impressive is the fact that Heinali incorporates more traditional ambient soundscapes like sounds of nature, including-but not limited to-tidal roars.  Basic ambient drone matches up with cello so perfectly that one might think that the sound of both is one and the same.

Ukrainian artists have impressed the heck out of me lately.  Thanks, Endless Melancholy for pointing me toward Heinali.  "Air" is a peaceful and strangely uplifting listening experience that should receive plenty of play time in my ever-growing classical and ambient selection.

Unlike the latest from Endless Melancholy, "Air" is not a free download, but it is more widely available, either through Amazon or iTunes.

Check out the full album stream below.  I can't recommend any single track, as all of them are equally outstanding.  Thanks for listening and enjoy!

Posted by Unknown at 4:53 PM No comments:

The History of Colour TV-Emerald...reveiw 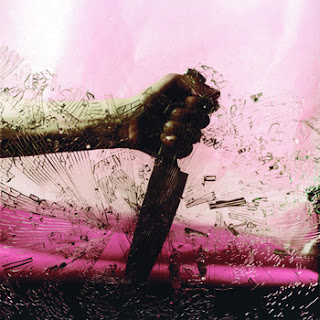 I have been following these Berlin shoegazers since their EP 1-800-Badnite was released.  That was an incredibly strong EP with plenty of stirring moments mixed into its short two-song, ten-minute play time.

Saint Marie Records has just released The History of Colour TV's brand new album to North American shores.  I knew the EP had me wanting more, but little did I know how much more.  "Emerald Cures Chic Ills" is not as straightforward as most shoegaze.  This is a overall a smooth listen flooded in distortion and loud reverb.  Borrowing traits from both psych-rock and post-rock, this band wastes no time concealing their intentions.

The first two tracks are full on, in-your-face psych that are at times atonal, but at the same time mesmerizing.  Exactly how this band fills their music with such variety while keep a general overall theme is beyond me.  What makes this band special is that they are not content to rest on their laurels and produce consistent music.  They continually push themselves, experimenting and evolving their sound.  What "1-800-Badnite" was promised, "Emerald Cures Chic Ills" has delivered.  Both tracks from "Badnite" appear on this album.

What cannot be understated is that this band experiment and unload heavy amounts of both analogue and digital distortion.  This makes for an interesting and intense listen that at times can border on the extreme (as extreme as shoegaze music can be).

When I first saw that this band would be releasing a full-length album I was excited.  The cover art is fantastic and only further made me want to purchase this album.  Needless to say, I have been awaiting the North American release of this album for some time.  It is everything I was expecting and more.

Unfortunately, only three of the ten tracks on this release have been made available for streaming, but of course we've got them all here.  These three tracks perfectly showcase everything The History of Colour TV is capable of.  In short, this album rocks.  Get it and you will not be disappointed. Thanks for reading and enjoy!
Posted by Unknown at 5:07 PM No comments: 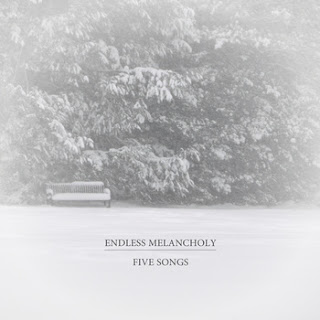 Neoclassicism is a sub genre of contemporary music that can evoke countless emotions and produce styles too numerous to quantify.  Since there is no such thing as bad classical music, how on earth can you go wrong with classical music that is offered for free?

Endless Melancholy, otherwise known as Oleksii Sakevych, records minimalist neoclassical piano music that borrows some low-key elements of ambient and rolls it together into one tight package.  This is gorgeous music to be sure.  Even more impressive is the fact that Sakevych is completely self-taught.  Hailing all the way from Kiev, Ukraine, his music is only readily available through his bandcamp page.

He is generous enough to offer all of his recordings as name-your-price downloads.  By listening to his heartfelt piano solos, it is apparent that Endless Melancholy is an artist who makes music solely for the love of music and with little regard for possible fame and wealth.

All five of the pieces on his new self-released EP, aptly titled "Five Songs" are down tempo minimal piano pieces with light ambient reverb that both preserves melody and encourages contemplation.  Traversing from dark, sad melodies to more upbeat textures, this music manages to hit right where Endless Melancholy was aiming for.  Even if you are not a casual easy-listening and classical fan, you can't help but admire this man's unshakable grasp minimalist neoclassical composition.

"Five Songs" is a wonderful EP that was recorded in one week.  You can listen to the entire EP below.  Should you feel compelled to download this EP and have the means to do so, please donate a couple of bucks.  Thanks for listening and enjoy!
Posted by Unknown at 5:04 PM No comments: