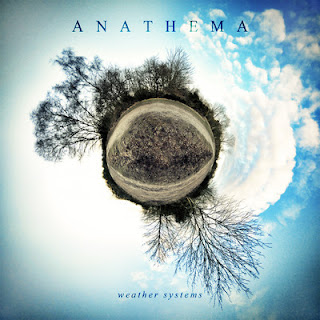 Anathema has released a brand new video for Untouchable from thier new album Weather Systems.  I saw this item the other day, but didn't get time to look at it.  I'm not normally a music video person, but when I see a video from a band I happen to like, I'll take notice.

Stylistically, Anathema is a prog rock outfit. They create some excellent tunes mixing modern hard rock hooks and rythms wtih keyboard-driven synth and piano sounds.  This is one of the better new albums I have heard this year and should be a contenter for the album of the year, if I so happen to feel inclined to post an album of the year.  -brad

Check out the video below!
Anathema - Untouchable (part one) (from Weather Systems) from Kscope on Vimeo.
Posted by Unknown at 8:47 AM No comments: 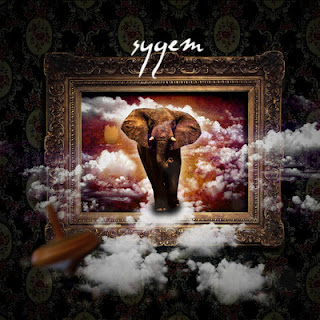 Many metal purists are not going to like the new album by Germany's Syqem.  As a passionate follower of music of many different genres, I can attribute this dislike to a misunderstanding of the type of music Syqem plays.  This is not your grandfather's metal band, or even your uncle's.

The exact style of music on display here is some kind of blend of alternative and progressive metal, for as good as genre tags are.  In some ways, I find genre tags to be restrictive, but I do understand the merit.  Some reviewers shun the genre tags for comparisons to other bands, but what happens when the list of comparable bands is short or nonexistent?

If I was to compare Syqem to another band I would have to go for a cross between Sybreed's slower metal and the core of In This Moment.

Reflections of Elephants is a metal album.  That much has to be clear.  However, the vocals do not invoke comparisons to the throat-shredding screams that most metal is made up of today.  Instead, the vocals are very much progressive rock-based, ditching the hard core screams to impassioned clean singing.  The singer's voice is rich and diverse, perhaps even more so than that of Chevelle.  Screamed sections are rare and only serve to accent certain moments of emotion in the music.

The drumming switches back and forth between modern rock beats and machine-gun style blasting.  Instead of a drawback, I believe this method adds flair to the sound of the band. This album also offers up plenty of standard metal riffage with less soloing and more focus on shred.  As with most alternative and progressive metal, there is lots of modlody to be heard.  And for extra bonus, some sections of songs include keyboard-based electronic sounds to further the mood.

The production on this disc is enormous and grand, giving atmosphere to many of the melodies.  I would stop short of saying that the production is the highlight of the album, because that is definitely not the case.  For that, I fall back to the outstanding vocal work.

Listen to the first track on Reflections of Elephants below.  Reflection of elephants garners at massive 4.7 out of a possible 5 stars.  Highly recommended.
Posted by Unknown at 5:23 PM 1 comment:

Before I get to talking about this song, let me put one thing in the clear: I can't stand Metallica. In my opinion, everything they do and say serves to destroy what music is supposed to be about.  Additionally, I find the entire genre Metallica performs under to be worn out and stale.  You can't mention old-school thrash without bringing up Metallica and their contemporaries, Megadeth, Slayer, and Anthrax.  I find that to be sad.  James Hetfield's vocals irritate me to no end.

So when I found this track by Kendra Morris, I approached it with caution.  I mean really, how good can a Metallica cover song be, right?  As it turns out, Kendra Morris does not perform this song in anywhere near the same style as Metallica.  This isn't metal, it's jazz.  Incredibly, Morris knocks this one out of the park by recording the song better than Metallica was ever capable of.  Her vocal range is outstanding and she manages to invoke plenty more emotion than Hetfield ever did.  Her delivery is bluesy-soulful, while the music itself carries few if any marks of the old-school Metallica tune.  Make no mistake, this is a jazz track through and through.

As it turns out, I stumbled across this track in the unlikeliest of places--a heavy metal blog that could care less about Metallica, to put it mildly.  They also enjoyed it, and I think you will too.  Listen to the track below and let us know what you think.

Posted by Unknown at 4:33 PM No comments:

This Years Love by David Gray

So I couldn't sleep and I was listening to the wedding play list that I made on my I-Pod.  I always let it play on random and This Years Love by David Gray came on.  As soon as the song starts it stops my heart.  I don't know why.  The piano starts and then he begins to sing and it's as if I'm hearing this song again for the first time.  It never gets old.  The lyrics are romantic and the melody is hauntingly beautiful.  Then the violins join the piano and it's perfect. My heart constricts and I want to be the person that this song is written for. This song is soft and gentle and I'm rambling.  So give it a listen.  It's been featured in a couple films (The Girl Next Door, and Wimbledon) so you might have heard it before but give it another listen for the first time.  It's so worth it.-Kristy

The new EP by Wellington, New Zealand's Black City Lights is now available for download via Amazon and iTunes.  This EP plays almost like an LP in that it includes more substance than your typical EP.

Most of the six tracks start off with eerie, dreamy ambiance, before erupting with atypical drum patterns and an array of sparkling and memorable electronic sounds, such as layered guitars and reverb-laden keyboard lines.  A few of the tracks also include looped vocals that sound deep and pristine.

If you are in the market for some shoegazing dream-pop brillance, that I can highly recommend Parallels.  Listen to the fourth track, Collapsing Horizons below.  It can be a challenging listen, but the the reward is worth it!
-brad

Posted by Unknown at 4:56 PM No comments:

Blown Away by Carrie Underwood

The other day I heard Carrie Underwood's new single Blown Away. I know that this song isn't new by any means.  It appears on her new album Blown Away which was released on the 1st of May.  I really like this new album and especially this title track.  This song has been stuck in my head for 4 days now and I figure any song that can be in my head that long and not drive me crazy is worth a spotlight in this blog.  So for your viewing pleasure I posted the music video.  I think that this video is amazing.  It really captures the essence of the song.  I can see the emotion on Carrie's face as she tries to decide if she is going to save her drunk abusive father or not.  This video is visually stunning.  I think the effects are great and it goes perfectly with the rhythm of the song.  I know a lot of you are not country music fans but I really enjoy it and I think you should give it another try.  You might just like it.-Kristy

Posted by Unknown at 1:40 PM No comments:

Monday album review: I Will Never be the Same

If you enjoy techy rock music, then the latest album by I Will Never be the Same should catch your fancy.  This is a superb album from start to finish. The sound is in some ways similar to what you would hear from Nine Inch Nails except without the screechy, half-screamed vocals.

The singer of I Will Never be the Same has a unique voice that is very smooth and melodic.  Some of the vocal melodies you hear in this album seem off, but that is part of the music and should be judged as such.  The vocals here are not sing-song-ish but are catchy enough to induce compulsory singing along.

As with most electronic music, there is alot going on in this release.  There are simulated rock guitars and techno-ish drum sections layered over a cacophony of melodic disorder created from either more than one keyboard or a database of thousands of samples, each placed in its right place.  Some sections are what we call weedily-deedily, or noodly, while other sounds take standard keyboard notes and loop them to create a stunning audio effect.  Another element this album employs is a single beat sound reproduced numerous times in order to create an effect that sounds like a scratched disc.  The melodies are catchy and groovy at the same time, yet are diverse enough to keep listners engaged through repeated listens.

This album is very much rock-centered, but is heavy on the simulated electronic sounds.  It is interesting, to say the least, but enjoyable even if you are not a fan of the electronica genre.

If you understand electronic music well enough, you'll know that writing about it presents another challenge, as most of the sounds within music are not what you'd find in any other genre of music.

"Tornadoes" will sweep you off your feet.  It certainly blew us away and earns a solid 4.6 out of 5 stars.  Take a listen below.

Visit I Will Never be the Same's Facebook page here.

Posted by Unknown at 4:54 PM No comments:

She's So Mean by Matchbox Twenty

I was really excited to hear that Matchbox Twenty released a new Cd.  Their new single is infectious.  I knew right as the singing started that this was a song by one of my favorite bands.  This song is a little poppy but I enjoy it.  I like the lyrics; they are catchy and the vocals make the song fun.  I'm not very eloquent but I know what I like and this new single sounds just like Rob Thomas and Matchbox Twenty should.  Check it out. It's great.-Kristy

Posted by Unknown at 4:17 PM No comments:

Tamaryn, from San Francisco, are set to release a new full-length album entitled Tender New Signs on Oct/ 16.  They have just released the first single from that album.  This track is a synthy dream pop tune with plenty of atmosphere and heavy doses of reverb.  The album cover is a real eye-catcher.The melodies in this song are delicious and the ambent textures fit the track perfectly.  Listen to the new song below.  --brad

Check out Tamaryn's Facebook page.
Posted by Unknown at 10:28 AM No comments: