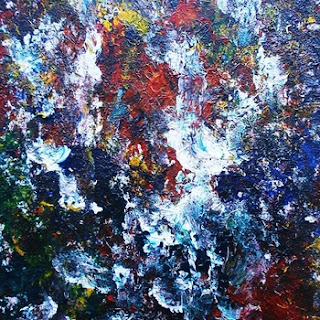 If you didn't get enough new music from us the other day, you're in luck because we have three new awesome songs for you to feast on today.

Life Model-Take it Slowly.
This is the kind of shoegazing music that takes on an artistic approach to stripped-down rock tunes and stretching the notes through looping effects on the guitars.  Life Model adds understated, chilly vocals to the mix, which takes on an unrefined, yet abstract appeal.  This is an interesting take on shoegaze, being light on the electronic atmospherics and heavy on the pedal effects, just like old-school shoegaze rock.


Spc-Eco-Push.
You know I have been a fan of Spc-Eco (pronounced 'space echo') since i stumbled upon their album "3-D"  This English band has been particularly active of late, having released a full-length album and two EPs just within the last year.  The latest EP, now available through Spc-Eco's bandcamp page, is entitled "Push" and includes five tracks, two of which are remixes of the original Push. Some bands just have that 'it' factor in that no matter how much their style changes, they continue to push out fantastic music.  As it turns out, Push is a departure from the usual Spc-Eco electrogaze music, trending more to the mainstream-ish dream pop end of the spectrum.  To be honest, I didn't know what to think when i first read that it was more pop-oriented than their previous music.  Yet, I listened to it anyway, because I am a fan of Spc-Eco, and fans of bands listen to the band's music no matter what, right?


Soilwork-This Momentary Bliss
Soilwork is gearing up to release their brand new album, "The Living Infinite" in March.  They have just shared another new track from the double album.  This track is metal excellence.  While the first new song they gave us sounded like "Figure Number 5" era Soilwork, This Momentary Bliss is more akin to the tunes heard on "Stabbing the Drama".  This song is an instantly-catchy gem that has a sing-along style chorus.  Bjorn "Speed" Strid's vocals are top-notch on this one, containing some screamed sections, but mostly outstanding cleans.  Also apparent in this track is a low-register, doomy keyboard line and some awesome guitar solo dexterity.  If you are into metal music, they you can't go wrong with Soilwork.  As always, thanks for reading and enjoy!
Posted by Unknown at 4:52 PM No comments: 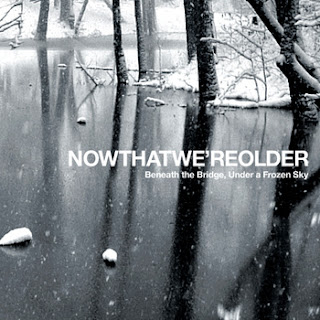 For anyone new to our blog, let me start by saying that there are many great artists and bands putting out amazing music these days.  They need your support.  That is where we come in.  We look at many under-publicized artists and help them by blogging about it here if we like it.  Please continue to support these artists.

One said artist is an American instrumental rock band called Now that We're Older.  This band is from Cincinnati, Ohio and has just recently released their album, "Beneath the Bridge, Under a Frozen Sky"  Citing influences ranging from post-rock heavy hitters such as Mogwai, Sigur Ros, and This Will Destroy You, this band creates dazzling instrumental rock tunes.  These songs incorporate various instruments and feelings.

Where some post-rock bands create flashy, screeching guitar distortion that represents the majority of their music, Now That We're Older shies away from in-your-face explosions of post-rock cinematic noise in favor of a more earthen instrumental album that is less heavy on the distortion and includes numerous pure instrumentation.

The effect this creates is somewhere between post-rock and experimental, producing an eclectic array of emotions entirely through the sounds and tempos of the music.  While some tracks include a generous helping of wailing guitar distortion, others offer a healthy dose of piano, drums, mainstream rock guitars, cellos, and gorgeous string arrangements.

To put it mildly, this album blew me away.  It is remarkably well-produced with impeccable mixing and minimal sampling.  In short, I can't say enough good things about this band.

I can't finish this review without sharing my experience about how I found this album.  I was poking around on bandcamp looking for some fresh new tunes for little to no cost, and I saw the album cover depicted above.  I thought, "that's a cool album cover."  Anyone who knows me or regularly follows our blog knows how that usually ends up for me.

Another great thing about this band is that you can't go wrong by downloading it, because Now That We're Older is offering it for free through their bandcamp page.  As a matter of fact, they are not even asking for donations, as many bands do.  This is a completely free, no-strings-attached instant download that is worth at least $10.00.  Get this album.  You will love it.  For your listening pleasure, the entire album is streaming below, courtesy of Now That We're Older's bandcamp.  Key in on Song for Jewel and Northern Lights, as these are clear standouts.  Thanks for reading and enjoy!

Posted by Unknown at 5:40 PM No comments: 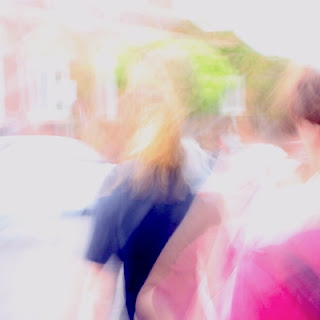 It is Monday.  The day you love to hate.  Sometimes you just need some good tunes to help you through the worst day of the week.  If that day is today, you are in luck, because we occasionally find new music we find to be worth sharing.  Today we have three new tracks.

Au.Ra.  Yes, that is the cover art pictured above.  You can't really get an accurate glimpse of what it is supposed to be, but then again, good cover art often contains that quality.  Au.Ra is actually simpler to describe than the cover art.  What you have is standard issue dream pop with hooky guitar noise swirling just above the surface, which adds a certain grandeur of melody above and beyond what the pop portions of the song's structure contain.  This was a track that had me listening to the end.  I wasn't a huge fan of Au.Ra's first single in that it was much more simplistic than this track.  We are still waiting for this band's debut album to drop, and it should be interesting what the rest of the album sounds like.  Here is the latest track for you to get lost in:


Venera 4.  Shoegaze music can sound standard or better than average.  Venera 4 is above average.  Lots of noise greets you from the get-go with pedal-effect guitar work creating warm passages of reverberating melody.  So far, this group has released two full-length albums.  This is a brand new single and it shows some promise.  I could be tempted to buy this if I could find it.  Luckily, they do have it available for download on their bandcamp page.  If you have as many issues with PayPal as I do, you may not be able to download it, but then again, there are probably other avenues to explore if you really, really want it.  I kind of like it and will be searching for Amazon or iTunes downloads of this new track.  You can listen to it below.


Dark Tranquillity. I saw this today and just about fell out of my chair with glee.  You see, I am a huge DT fan.  This is my favorite metal band, so of course I will be foaming at the mouth to take a look at this one.  This new DT track is from their latest EP, "Zero Distance".  This EP is essentially a b-sides release full of a few songs that did not make the final cut of the album "We are the Void."  Today I saw a brand new video of the song Zero Distance which I feel illustrates perfectly why I like this band so much.  Dark Tranquillity play metal music with harsh vocals, punchy guitar riffs, and smooth piano and keyboard sections that add a certain amount of atmosphere to the music.  Mikael Stanne has the most understandable harsh vocals in the business, as well as some great baritone-style clean vocals.  I simply cannot get enough of Dark Tranquillity, so imagine the grin on my face when I found they will be releasing a new album called "Construct" on May 27, 2013..  All I have to say is, "Heck. Yes."  Check out the entertaining new video of Zero Distance below. As always, thanks for reading and enjoy!

Posted by Unknown at 4:56 PM No comments: