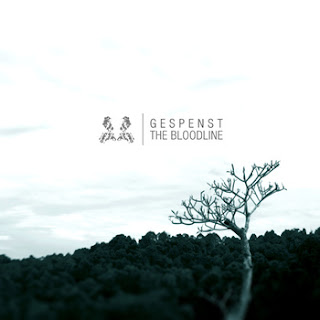 Pay close attention, readers.  Today we are featuring a year-plus old album that qualifies as another undiscovered gem.   How I found out about today's record was via a recent release from Fluttery Records, which we will feature on the next installment.  Today's post is an apt lead-in to what we will be talking about next.

It can be difficult to come across great music from the East, but this definitely qualifies.

Gespenst was founded in Kuala-Lumpur, Malaysia by brothers Syahmi and Zuhair Rawi.  This is the first Malaysian group of any genre music I have found, which makes this record unique in a different way.

As it turns out, there is plenty unique about this disc.  This is not your standard-fare post-rock sound.  While it does feature loads of stretching atmospherics, generous helpings of keyboards and pianos, it also offers huge, chunks of guitar riffing and plenty of tasty leads.  This disc also features sparse vocals, and by sparse, I mean rarer than those found on your average Sigur Ros disc.

What I love about this album is that, in addition to stretched melodies and eerie ambiance, it features rock beats that you can nod your head to.  Gespenst puts the rock back in post-rock.  Some bands are doing this nowadays--think recent releases by If These Trees Could Talk and Exxasens.  This is a somewhat new development in post-rock which is actually more of a nod to the old-school styles of post rock from stalwart bands such as Mogwai and Godspeed You! Black Emperor.

Although this is a short album, clocking in with seven tracks averaging around five and half minutes in length, it is something I am really digging.  I'm glad I found out about the subject of our next installment, because it led me right to Gespenst.  This is a fantastic record that I can recommend again and again, even if you are not a fan of post-rock.  Thanks to Gespenst's bandcamp page, we've got the full album stream ready for you to feast your ears on.  Enjoy!

Posted by Unknown at 6:02 PM No comments: 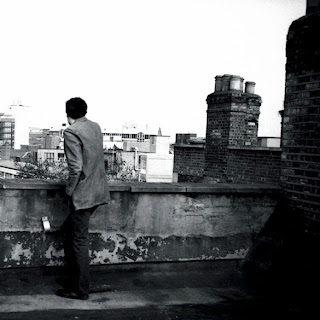 It is no secret that I am a fan of tastefully conceived electronic music.  As a matter of fact, I have previously proclaimed Ulrich Schnauss to be one of the best electronica artists in the world.  Think for a moment what it must take to be considered one of the best.  In this day and age, electronica could very well be the second-most recorded style of music, just behind pop.  To be noted as one of the best, you have to be really, really good.

Ulrich Schnauss is really, really good.  With "A Long Way to Fall", Schnauss has adapted his style of music and even further diversified his sound.  His previous releases with Mark Peters and Jonas Munk were shining examples of well-paced electro-gaze music that incorporated some elements of nu-jazz.  Both were very good records.

His new solo release taps styles from pop to electro-gaze to 80s-influenced synth.  "A Long Way to Fall" illustrates why there is still plenty of room to rise.  Layers upon layers of atmospheric bliss join forces with some extra-groovy electronic beats and industrialized samples to create a listening experience that is both fun and challenging.

Also new is the incorporation of some understated, distorted vocals that seem filled with sorrow, but falling just short of all-out creepy.  Many of the tracks on this disc are upbeat, while others are filled with downtrodden, sullen melodies.

Electronic music is often criticized as lacking true depth or emotion.  Schnauss delivers up a tasty platter of both while keeping the heavy grooves and layered textures of ambiance and looped reverb.  This is quite an exciting listen, especially if played at a high volume.  Check out the full YouTube stream of the album below.  As always, thanks and enjoy!

Posted by Unknown at 6:01 PM No comments: